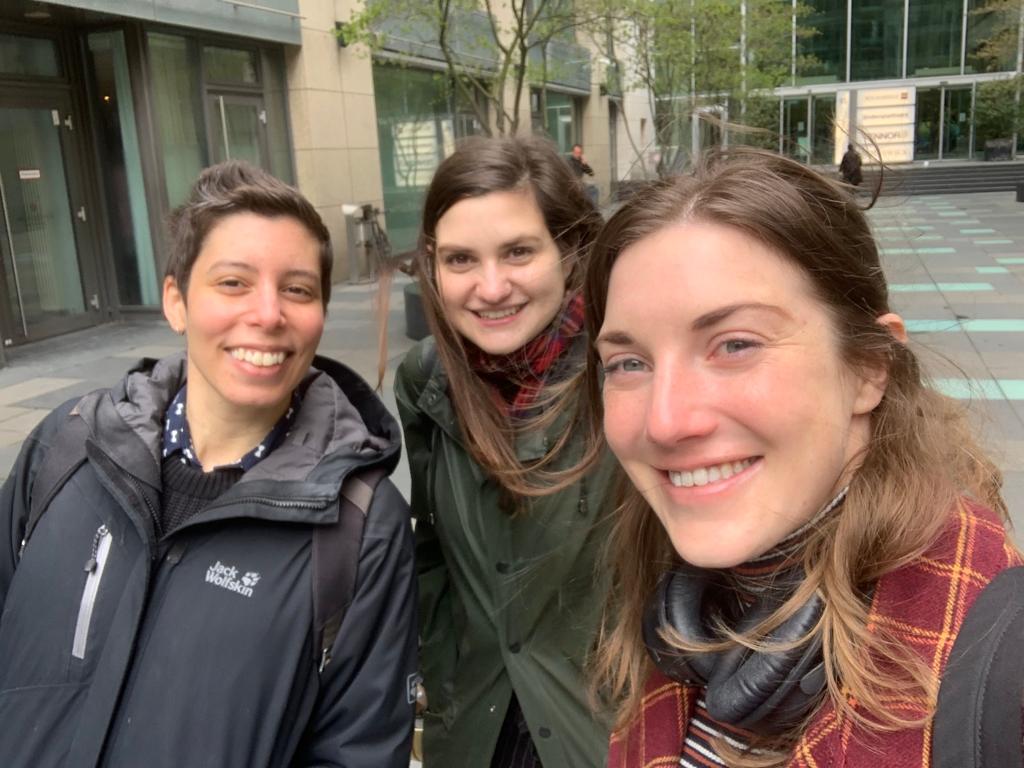 The Yourequal co-founders met as three young professional women in a tech startup in Berlin, Germany. This was the IoT golden age and the scene was as young, fresh, and hip as it was sexist, abusive, and overall not very aware or concerned with being a safe space for all. Believe us, it was ROUGH out there! (It still is, but that’s another story for another blog post.)

As colleagues but first and foremost friends, we supported each other through it all - abusive managers, non-existent career paths, benevolent sexism, etc. Unsurprisingly, these experiences were not the first ones in our careers, but what can you do eh?

Now bear with us as this story is about to get interesting.

The feather that broke the camel’s back happened when one of us was passed over for a promotion during her parental leave. This time, it just seemed that no amount of “best coffee in town”, kicker tables, or biweekly fresh fruits and vegetables deliveries would cut it.

It was time to take action and raise our voices as loud and clear as possible.

Or so we thought.

Trying to report the incident internally only ended up in the company responding with a combination of denial, victim blaming, defending the outcome, and out and out ignoring the situation.

Trying to speak up about it on Glassdoor led to the review being removed after a month of being up, even though it had been manually curated and approved by the platform’s support team (yes we’ve got the receipts). The review was just suddenly breaking the platform’s code of conduct and that was just that – review removed and account shadow banned.

Meanwhile within the company, requests were made to drown the review in positivity, for the one of us who was actually being discriminated against to “calm people down”, and a general manipulation of the narrative happened. Long story short, instead of addressing the equal opportunity rights issue at hand, the company focused on reducing liability through toxic positivity and “radical candor” (big up to Kim Scott for having created a wonderful tool to enable toxic company leaders to continue being terrible people!).

Despite the law being on our side, there was no place to turn to. There was no clear avenue to take, and the only other options to follow up on the incident came at great personal and financial cost. That’s when the idea of creating a platform that would help employees from underrepresented groups find a safe place to work started to make its way into our minds. Ok, we had the idea during a wine and cheese support session but these are the moments when you have the best ideas, right?!

Further exploring of the DE&I scene around us and educating ourselves on topics relevant to all underrepresented people showed us that even with legal protections, most of us are not safe in the workplace. Most people that identify with an underrepresented group don’t feel like they have recourse when discrimination happens or even simply access to the right information, without great personal expense.

Personal experiences with existing truly inclusive employers also came to reinforce our belief that a truly safe workplace is nothing shy of achievable and necessary to build a better, inclusive future for all. With Yourequal, our hope is that all members of underrepresented groups feel like they have access to true and real information, and know their voices are heard and matter.

For educational resources on DE&I in the workplace, check out our Linktree.

To know more about our upcoming employer-rating platform, feel free to reach out to us at yourequal.space@gmail.com, on Linkedin or Instagram.